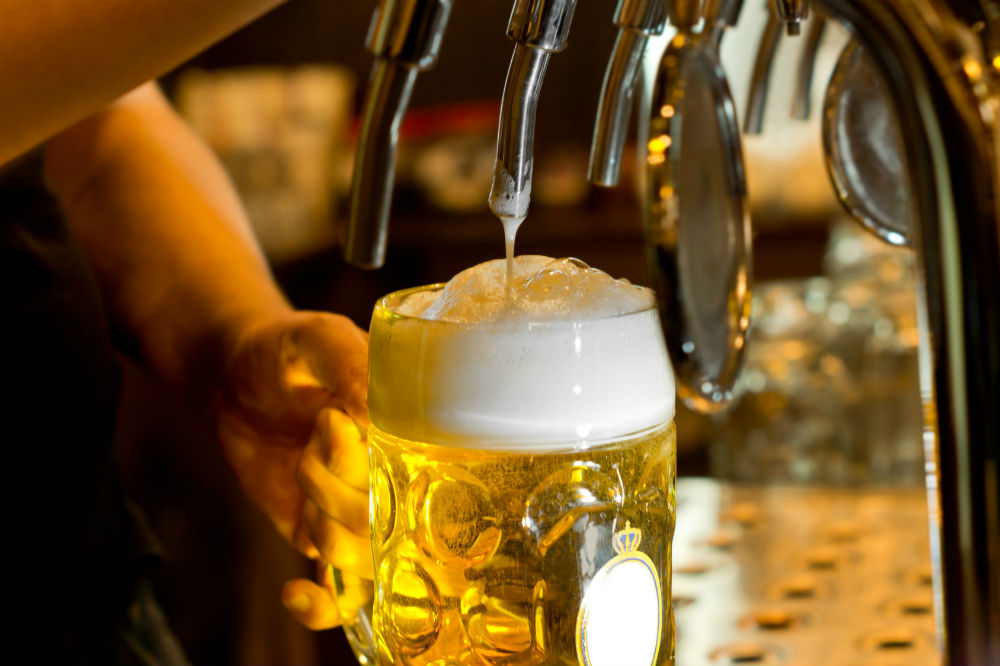 
When you think Kegerator oneself is prone to instantly flies off the handle and start envisioning belt-high ice-boxes with a price tag of 700 or more. Well, luckily, we live in the 21st century, a time where micro is what’s hip.

SPT is an appliance company that has a clear obsession with countertop doodads. From dishwashers, to stoves, they have their finger on the countertop pulse. As such, when kegerators became a craze and started waltzing into the limelight, becoming the next Kanye of home products, SPT instantly started grooming their own bad-ass rapper.

The SPT BD-0538 Mini Kegerator & Dispenseris an attractive, bucket size, beer dispenser hits the bullseye on many key points. The main one, the BIG selling point, is the fact that it’s the size of R2D2’s baby… Tiny! It manages to store your beer cool and ready for frosty festivals and, due to it size, it doesn’t really ratchet up the electricity bill… Unlike those energy hogs out there.

Let’s take a look at the many features of this little wonder.

You are basically paying for what your buying, in other words if it seems cheap then it is cheap. The SPT BD-0538 Mini Kegerator & Dispenser is an excellent toy. A great play thing to entertain your friends. A majestic knickknack to spruce up your man-cave. A curio, a game, a novelty, a trinket… Rounding it up: A TOY.

The cons, sadly outweigh the pros in this little artifact’s favor. If you’re a true die-hard enthusiast of the craft, if you truly love a good keg of beer, then run for the hill if this baby waddles into your path. For a bit more you can buy a used second-hand kegerator. One that will allow you to truly appreciate the keg experience and whoa your neighbors on your next shindig.

To sum it all up:

“You’re buying nothing more than an inebriated coffee machine that fell off the wagon.”

Now, if that’s not what you’re after, if you simply want a new curio to amuse yourself with then by all means flip out your credit card and start shopping.