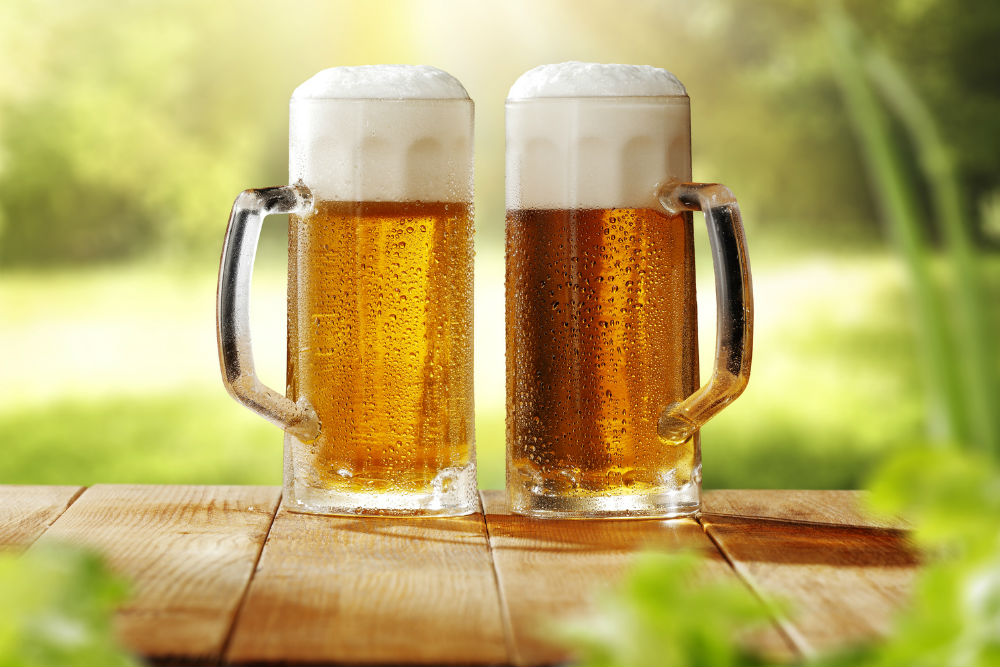 
The difference between cask ale and keg beer has got to do with how they are stored. Casks and
kegs are types of containers in which beer is stored, the other two being cans and
bottles. Each kind of container protects beer in its own way and the degree of success
often varies. Interestingly, the same beer may taste different when served from these
different containers.

Here we will focus on how beer assumes different qualities when served from a keg and
when stored in a cask.

Cask ale is also known as cask-conditioned beer. It is served from the very cask in
which it is conditioned and wherein its secondary fermentation takes place. A &quot;cask”
basically is a wooden container, which is held together by iron loops. You won&#39;t find any
nitrogen or carbon dioxide in cask ale. The other name for cask ale is &quot;real ale&quot;. This
term was coined in 1973 by CAMRA (Campaign for Real Ale). Real ale consists of
natural ingredients and it matures through secondary fermentation. Beer is known to
contain yeast and if the thing is still alive, the beer in which it is present will be called
real ale irrespective of whether it’s stored in a cask or a bottle.
When a cask is tapped, the beer contained in it reacts with the oxygen present in the air
and its lifespan becomes limited. Usually, it will last no more than 3 days. Cask ale is
cool and not cold and it smells fresh, delicate and wholesome. Cask ale doesn’t smell
different when it’s poured in a glass. That’s because the container in which it’s kept is
already tapped and the beer is exposed to air.
However, as you begin to finish your glass of cask ale, the taste is going to become
stronger toward the end. This happens due to lack of carbonation. Here&#39;s how cask ale
tastes in general – fruity in the beginning, balanced midway, and bitter at the end. Also,
it doesn’t have any fizz. Because cask ale is conditioned beforehand, it need not be left
open to allow its best taste to come to the fore.

Some brewers continue to use wooden casks, but nowadays, the use of casks made of
metal is more common. Brewers are given to filling up casks with unpasteurized beer,
adding a proper amount of sugar to them and then sealing them. Because the beer has
yeast in it, it causes secondary fermentation that ends up carbonating the beer.
It’s a given that casks fail to serve the protection needs of beer completely and require
maximum amount of care. In fact, casks really need a good amount of attention. Once
they reach their destination, they need to be kept in a cool place until the secondary
fermentation is complete. Taking a call on this is definitely the prerogative of an expert.
Restaurants and pub owners serving cask ale often rope in experts who are skilled in
handling casks.

Cask ale has several interesting aspects to it. When it mingles with oxygen, diacetyl is
produced that lends the beer a butterscotch or buttery flavor. The presence of diacetyl
in beer is generally unwarranted, but cask ale lovers take it as a part of the whole
experience. After all, it doesn’t really taste dreadful.
Those who feel that cask ale is on the verge of extinction are mistaken. Its consumption
is still on, especially in the United Kingdom where the traditional form of beer is
zealously guarded by CAMRA for which unpasteurized beer is real beer and casks and
bottles are the only containers that are ideal for storing ale. Credit has to be given to
CAMRA for it played an instrumental role in preventing cask ale from getting completely
overwhelmed by its newer counterpart in the 1960s and 70s. Come what may, the
organization has been unbending in its definition of beer.

A keg is a container made of aluminum or stainless steel and it dispenses chilled beer
under a fair amount of pressure. Kegs came into existence in the 1960s and they were
invented to replace casks for economic and quality reasons. Kegs have some distinct
and extremely useful qualities. They are easy to clean and can block the entry of
oxygen, thereby prolonging the life of the beer stored in it.
As mentioned before, keg beer is pasteurized, filtered and carbonated artificially. Beer
sediments were causing annoyance to beer lovers, which ultimately engendered the
whole trend of keg beer. Keg beer is dispensed through the use of carbon dioxide,
which accounts for its fizzy taste. In many other cases, it’s dispensed along with a
combination of nitrogen and carbon dioxide that makes the beer less carbonated. Keg
beer is always chilled and bubblier and has a stronger aroma. This is what basically
separates it from cask ale.
Kegs are the modern version of casks. And because a keg is completely made of metal,
the beer kept in it will not stand the risk of sustaining damage on account of light.

Interestingly, when beer is served from a keg, more gas makes its way in, thereby
helping maintain the pressure on the beer and keeping it carbonated and protected from
oxygen.

So, we see that cask ale and keg beer are not really poles apart from each, but there
are notable differences between the two. The good thing is they provide you with a
couple of very good options. If you want your beer to be chilled, aromatic and fizzy, go
for one that is served from kegs. If your focus is more on taste, cask ale will be a better
option.

Kegerator Dimensions: What You Should Know