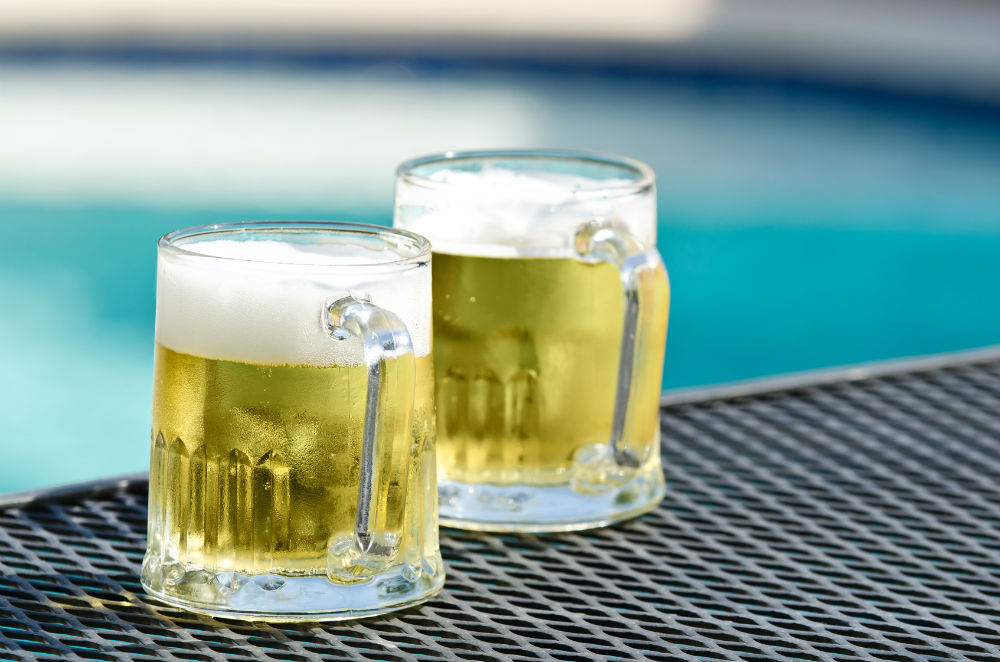 Kegerators – Can You Keep Them Outside?


As the trend arose in the last years many people obtained home beer-dispensing devices known as kegerators. And it is not just a trend – they are found to be very helpful and beer-lovers have claimed that they enjoy the experience of drinking draught beer at any time of the day not having to leave their homes.

Many new kegerator users have had several questions about the keeping of the kegerator, the cleaning, the duration of which you can keep your keg fresh and so forth. And the main advice regarding the previous says that you should keep the keg inside for about a day before you drink it in order for the beer to cool down.

Furthermore, it is said that it should be kept at a temperature of around 35 to 50 degrees Fahrenheit because at a lower temperature it will freeze and it will affect the taste and quality of the beer. But this of course depends on individual wishes – some people actually might like warmer beer and some much cooler.

It also depends on the type of the beer you are drinking because a light beer would start freezing at 31 degrees Fahrenheit. These temperatures are general and are most accurate when it comes to domestic and imported beers, including pasteurized beers.

And these are the general rules when it comes to smart and informed usage of a personal beer dispense unit.

Keeping the Kegerator Outside

On the other hand, getting back to our topic – keeping the kegerators outside is a delicate question –only kegerators that are meant to stay outside based on their mechanical structure should be outside because it may damage the device’s compressor and this may affect the life-span of the device in the long run and affect the temperature on short term.

However, to get into the subject more, we would divide the thorough answer to the question based on the factor of weather:

Keeping the Kegerator Outside During Summer Time

Based on the structure of most kegerators, if you are planning to have an outside party and you want your kegerator by the pool or in your garden for a few hours this will not be a problem for you as your beer will maintain the temperature and it will not affect the compressor nor the quality of the beer.


However, if you are planning to go camping or in other situation put your kegerator more than a day outside, we suggest you to find a plan on how to keep your kegerator inside because it will most likely affect the temperature of the beer and by that it will also affect the quality of the beer itself.

Plus, note that hot temperatures can affect the CO2 dispensing and your beer might face oxidation and reduce the freshness of your keg.

Keeping the Kegerator Outside During Winter Time

Another widely practiced activity as many people believe that this will cause the beer to cool down faster by leaving the keg outside in the winter as they are thinking they will save some electricity from heating a garage or finding another place for the keg because rooms can be heated above a room temperature.

However, there are few things that need to be taken into consideration:

Although most kegs are made from stainless steel and they won’t rust easily, they can only rust from contacts with ferrous metals – and the stainless steel doesn’t rust itself but some rust might appear on the surface of it – and although it will not affect the beer itself on a shorter term, but on a longer term you might expect some damage to your keg as the stainless steel is not immune to the outside factors.

It is really important to remember that a frozen keg kept outside for a longer time can split because it will be frozen from the top down and outside to inside. This will prevent the pressure relief valve from helping and the experience might be worse than drinking slushy beer.

Even though a whole keg of beer takes a certain amount of time to change temperature, we wouldn’t fully forbid taking your keg outside for a few hours; however, if you live somewhere where the temperatures are really low and these temperatures last longer, then you might face frozen and low quality beer from your keg.

This means that you will probably have to get the keg back inside and heat it up a little before it supplies you with the wonderful experience of beer again.

Damage to the compressor

A potential harm of outside usage of the keg happens when the compressor is cycled off and the refrigerant liquid starts a so called “pool” at the bottom of the compressor along with the oil.

Even if you think that sometimes it is easier to take your keg outside for whatever reason – saving space or enjoying outdoor activities – we would suggest keeping your kegerator inside for its protection.

If you think that it takes a lot of your space or if it doesn’t fit in within your home-interior we would suggest finding an unheated garage or a basement as you will prevent negative outside factors to damage it and shorten the life-span of you wonderful beer-supplying device.


However, if you really want beer outside, we have several suggestions that can prevent damage to your kegerator and allow a good supply of quality beer. During winter times try obtaining a heater to wrap up the bottom portion of the compressor in order to prevent damage to it.

Also, if you plan to spend a lot of time outside drinking beer while it is cold, occasionally try moving the keg a bit to make the liquid inside move as well because it will prevent the beer from freezing and by that it will improve your beer-drinking experience.